Supporting Police Integrity "Down Under"

Forming an in-depth understanding of the evolving needs of Professional and Ethical Standards in Australasian Policing has been essential to our company's expansion into those markets. CI Technologies staff keep in close touch with Australasian customers' need through regular communication, periodic on-site visits, and a user conference to be held this year in central Australia at Alice Springs.

Use over large geographical areas down under has resulted in improvements that enable IAPro and BlueTeam to better support wide-area use by front-line as well as Ethical Standards staff. Enhancements of BlueTeam's early intervention, reporting and case management features make it an exceptional platform for front-line supervisory support.

Our users conferences serve as a vehicle to communicate new releases of BlueTeam, IAPro and EIPro, and -- most importantly -- to receive valuable feedback from our Australasian customers.

With the addition of New South Wales Police to the IAPro customer base, the fourth Australasian users conference was held in Sydney, NSW with over 100 in attendance.

Since late 2012, 15 separate integration processes have been run nightly at New Zealand Police. Built by 8 Minute Consulting, an IAPro solution provider in Wellington New Zealand, these processes integrate data from external Police and Judicial systems into the IAPro/BlueTeam database. Data being integrated include charges of a discretionary nature, traffic infringement notices and vehicle pursuits. These data, coupled with information directly captured into IAPro and BlueTeam, assist with the early identification of performance shortfall issues within the organization.

Implementation at NSWPF was one of the more complex in our experience, with extensive up-front planning being done by our Company in cooperation with NSWPF PSC and IT staffs during 2017.

To meet the exacting NSWPF security/access control requirements, enhancements leveraging the advanced information filtering architectures of our BlueTeam and EIPro companion products were made.

Australia-based implementation efforts then unfolded over a five month period. Involved were six IAPro trainers, weeks of on-site work by one of our data migration & integration specialists and an IAPro project manager on-site for the entire period.

Over 250 users were trained during that period, and as of mid-2020, over 800 users have been trained by Company and NSW in-house trainers.

In May 2018 IAPro commenced production use across…

The Western Australia Police Service, or WAP, is responsible for policing the largest single police jurisdiction in the world, which comprises an area covering 2.5 million square kilometres. Its 6,318 employees include 4,993 sworn police officers. IAPro is currently being used by WAP public complaints, risk assessment and internal affairs units to assist in upholding the integrity and effectiveness of their Service.

Introduction of BlueTeam for use Statewide commenced in July 2012. With its enhanced use-of-force and drug test reporting, BlueTeam 4.1 incorporates important new features requested by WAP as well as by New Zealand Police.

The SAPOL implementation included data conversion, creation of a HR integration process, and on-site training of their staff in Adelaide, South Australia.

In 2009, CI Technologies installed and trained Tasmainia Police (TASPOL) as the third IAPro & BlueTeam Australian customer. As part of the installation, an integration process that ties-in employee information from the TASPOL HR system was built, tested and put into production.

New Zealand Police went live with IAPro and BlueTeam on July 1st, 2010. Since then, they have expanded use of BlueTeam throughout Police Regions on both North and South Islands.

8 Minute Consulting of Wellington, NZ completed a data integration project in November 2012 that integrates 15 types of data from external systems. This enables the NZ Police employee assistance program to form a detailed picture of organizational and member performance.

These data, coupled with information directly captured into IAPro + BlueTeam, assist with the early identification of performance issues within the organization. 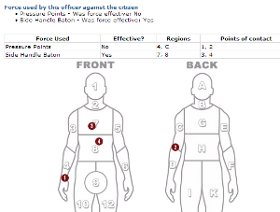 In 2012, BlueTeam use-of-force reporting was enhanced at the request of Western Australia Police to include clickable body-images to capture injury and force contact points. 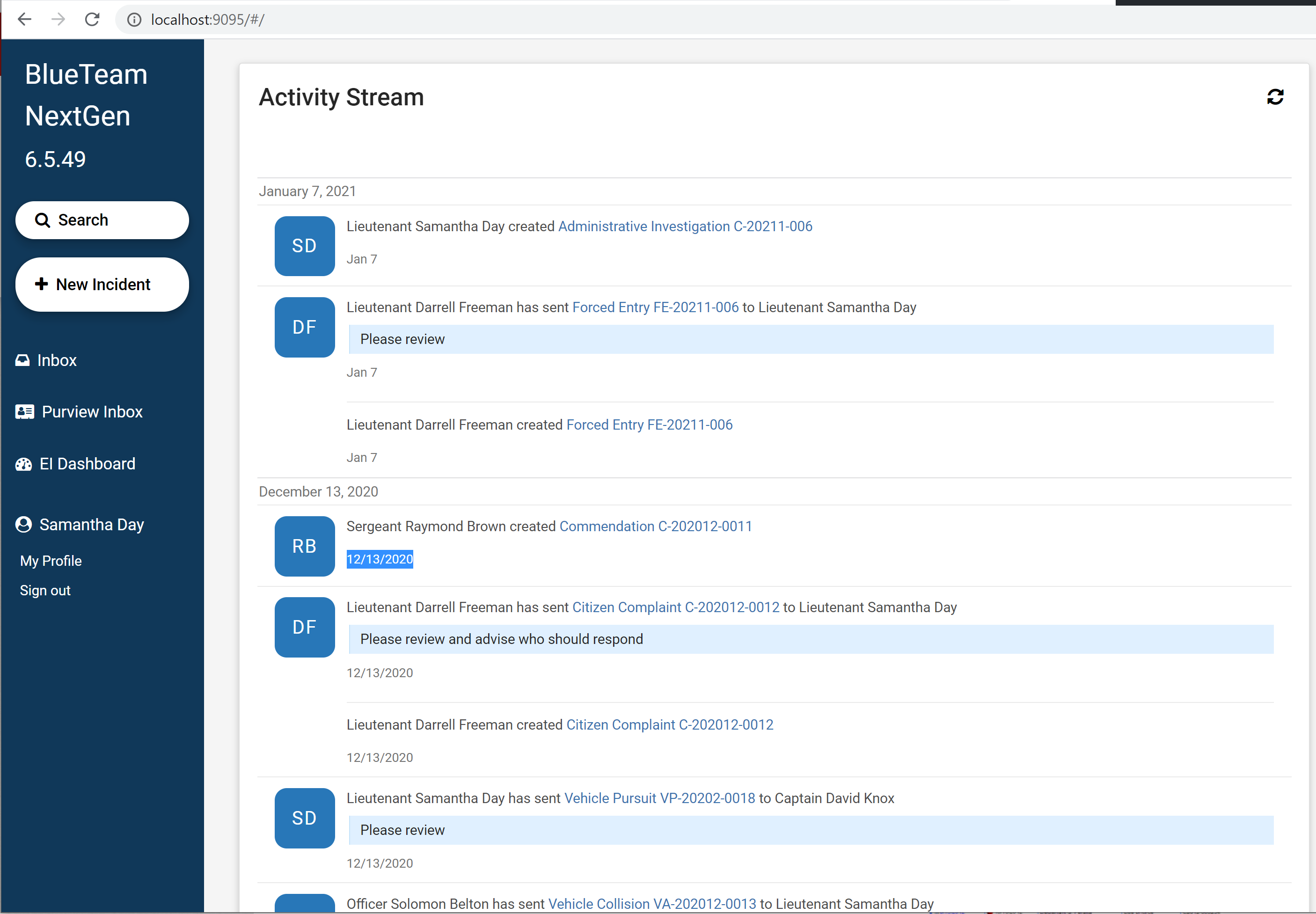 Updated in BlueTeam Nextgen, the Incident management dashboard (IMD) was designed to support complaints management by supervisory and command staff at New Zealand Police. The IMD has now been adopted by other Police Services throughout our customer base.