Specialized software features, an annual Users Conference specifically for our Canadian customers, and an office in Vancouver, British Columbia represent our commitment to Canadian Police Integrity.

Canadian Police Services are among those at the forefront of Early Intervention-based best practices. Leading practitioners include Peel Regional Police and Edmonton Police Service, where employee assistance programs are supported by IAPro installations that include data feeds from external systems.

As in Australia, New Zealand and other Commonwealth countries, the formal charge and disciplinary process has a central role in Canadian Police Services' integrity efforts. To this end, IAPro has been progressively enhanced to support tracking of formal discipline, hearings and appeals processes.

Since its introduction into Canada in 2002, IAPro has incorporated specialized features When run in "Canadian" mode. These range from date formatting and customized field naming to robust support for meeting disclosure requirements stemming from the "McNeil Decision" of the Supreme Court of Canada in 2009.

IAPro has been deployed Province-wide over a wide area network since 2002, enabling investigations to be conducted, managed and reviewed in real time across the organization. IAPro's early intervention features have become a central part of the OPP's EI program as well.

IAPro was selected as the platform for the Professional Standards Information System (PSIS) project after a two year review of business requirements. As part of their implementation, IAPro was re-tooled with features to support the formal internal prosecutorial process that is applied to serious misconduct along with other requested improvements.

In 2005, IAPro and BlueTeam were adopted by Winnipeg Police Service. Winnipeg is the first Canadian customer to adopt BlueTeam, using it to streamline and support the duties of their front-line officers in upholding the integrity of the agency. Winnipeg Police IT have built a custom process whereby IAPro/BlueTeam integrates with their NICHE records management system to pre-populate key data into BlueTeam as entries are made from the field.

In 2006 Edmonton Police Service adopted IAPro. In addition for its use for investigative support and case management, IAPro is the core knowledge base for the EPS early intervention program, one of the most advanced in Canadian police agencies.

IAPro was implemented early in 2007 at Calgary Police Service, and has underpinned its Professional Standards Unit's operations since.

Also during 2007, IAPro and BlueTeam were adopted by Peel Regional Police. The Region of Peel, located just west of Toronto, employs approximately 2,500 Police Service personnel and is the 2nd largest municipal police force in Ontario, 3rd largest in Canada.

IAPro has a key role in supporting The Police Complaint and Use of Force Reporting Initiative undertaken by the Ministry of Justice and Solicitor General. In support of the reporting standardization aspects of the initiative, IAPro has been adopted by all Police Services in the Province. 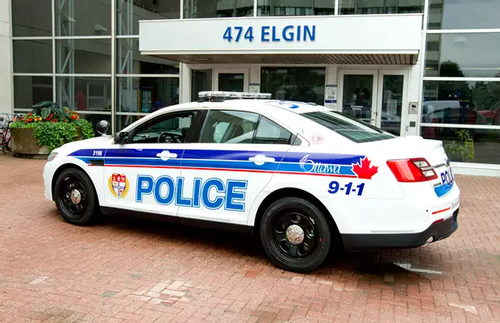